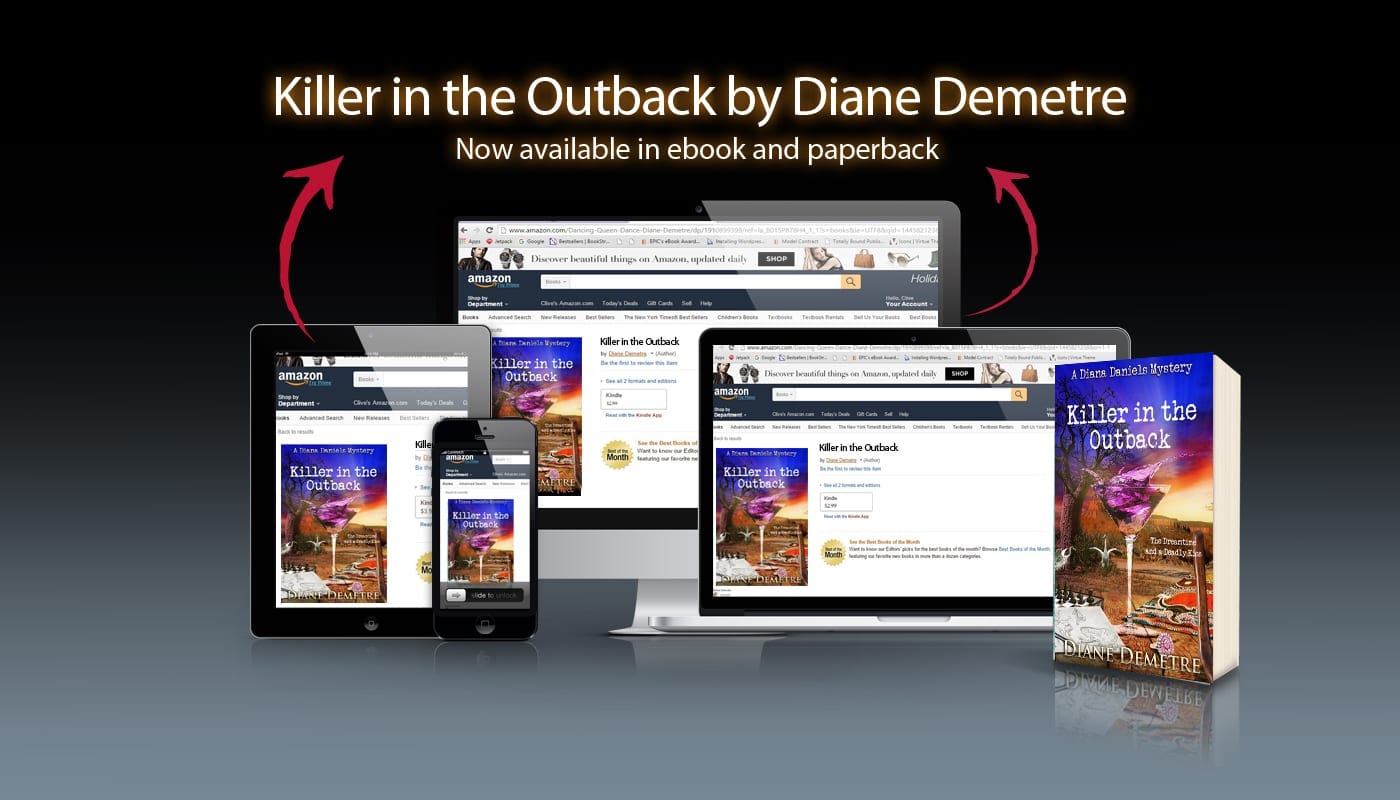 KILLER IN THE OUTBACK

The Dreamtime and a Deadly Kiss

She’s a widowed, city-slicker business woman. He’s an enigmatic Aboriginal elder. Will they find the killer of the outback before another murder is committed or will they be too late?

Traveling to the timeless Australian outback has long been on Diana Daniels’ bucket list. With her husband’s death now two years behind her, she heads off on a well-earned vacation to the ancient Kimberley region in northern Western Australia. Accompanied by Mimi, her zany, artistic sister-in-law, Diana plans to trek the imposing gorges, relax in her luxury cliffside retreat, and experience the enchantment of the Aboriginal Dreamtime.

But her plans are soon shattered when a young Aboriginal girl goes missing under suspicious circumstances. As if by design, Diana is commissioned by the girl’s grandfather, Tommy George to solve the mystery under the sceptical watch of the local police headed by Senior Constable Mitchell. Against the lavish backdrop of an international art festival and surrounded by a group of secretive guests, Diana finds herself running out of time. She knows a killer lurks among them, and it’s up to her to solve the mystery before more guests are murdered.

Killer in the Outback is the second instalment in the Diana Daniels Mysteries. If you are a fan of Agatha Christie style ‘who-dunnits’ and page-turning plots, then you’ll love this clever, cocktail mystery by award winning author, Diane Demetre.

Praise for Killer in the Outback

Laurie Buchanan, PhD... One Heckuva Captivating Read

Amazon
Read More
“Lucy in the sky with diamonds, strange geological formations, a boat on the river, and lavender-colored cocktails merge to create one heckuva captivating read—KILLER IN THE OUTBACK by Diane Demetre!"

7939... Hooked on the series!

Amazon
Read More
“This is the second mystery I have picked up by Diane Demetre. She brings you to the setting so easily while captivating her audience. I love the genre and this doesn’t disappoint!”
Previous
Next